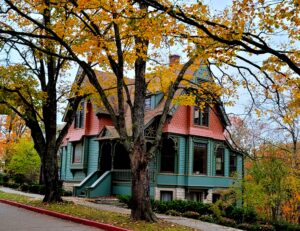 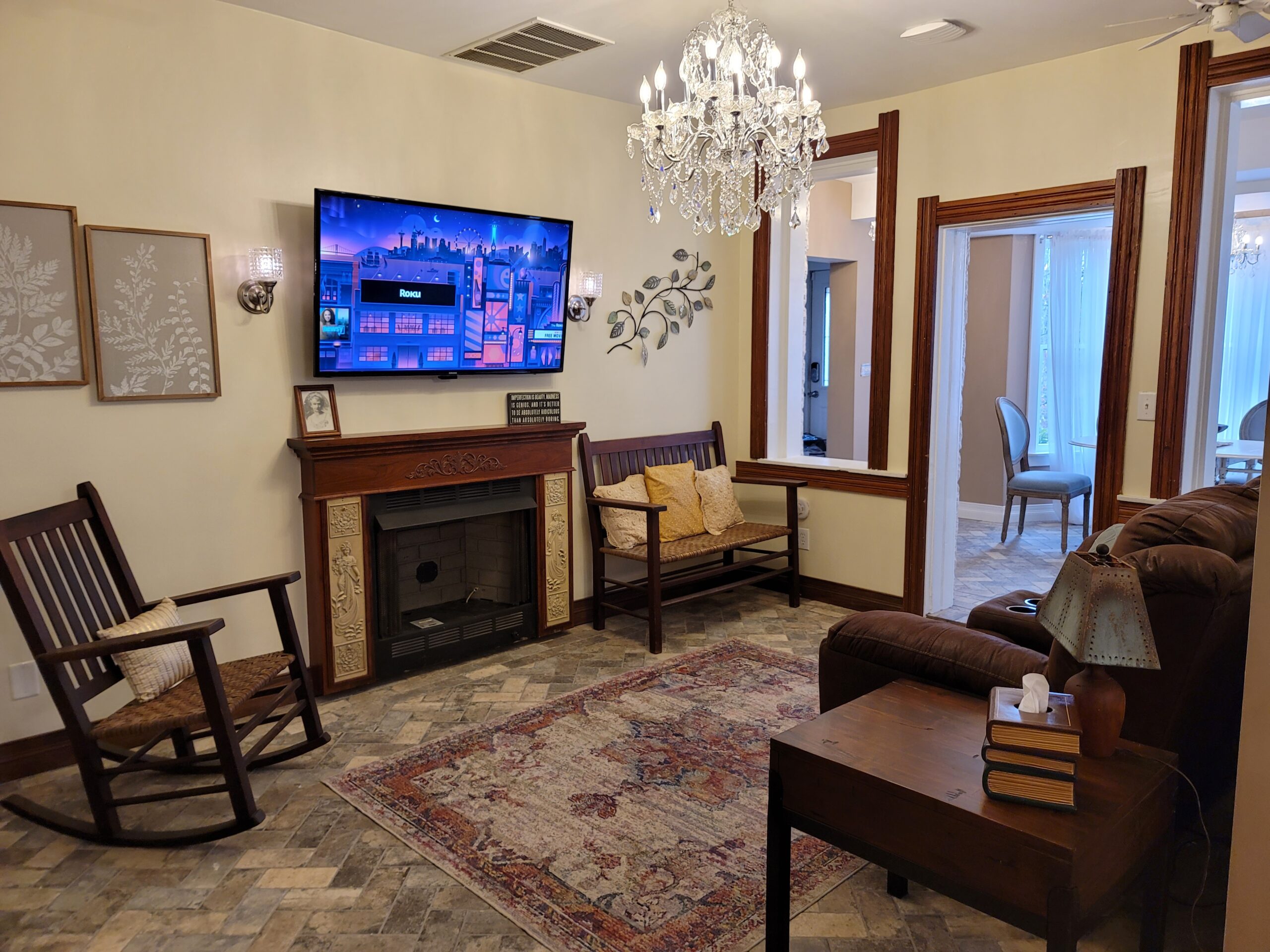 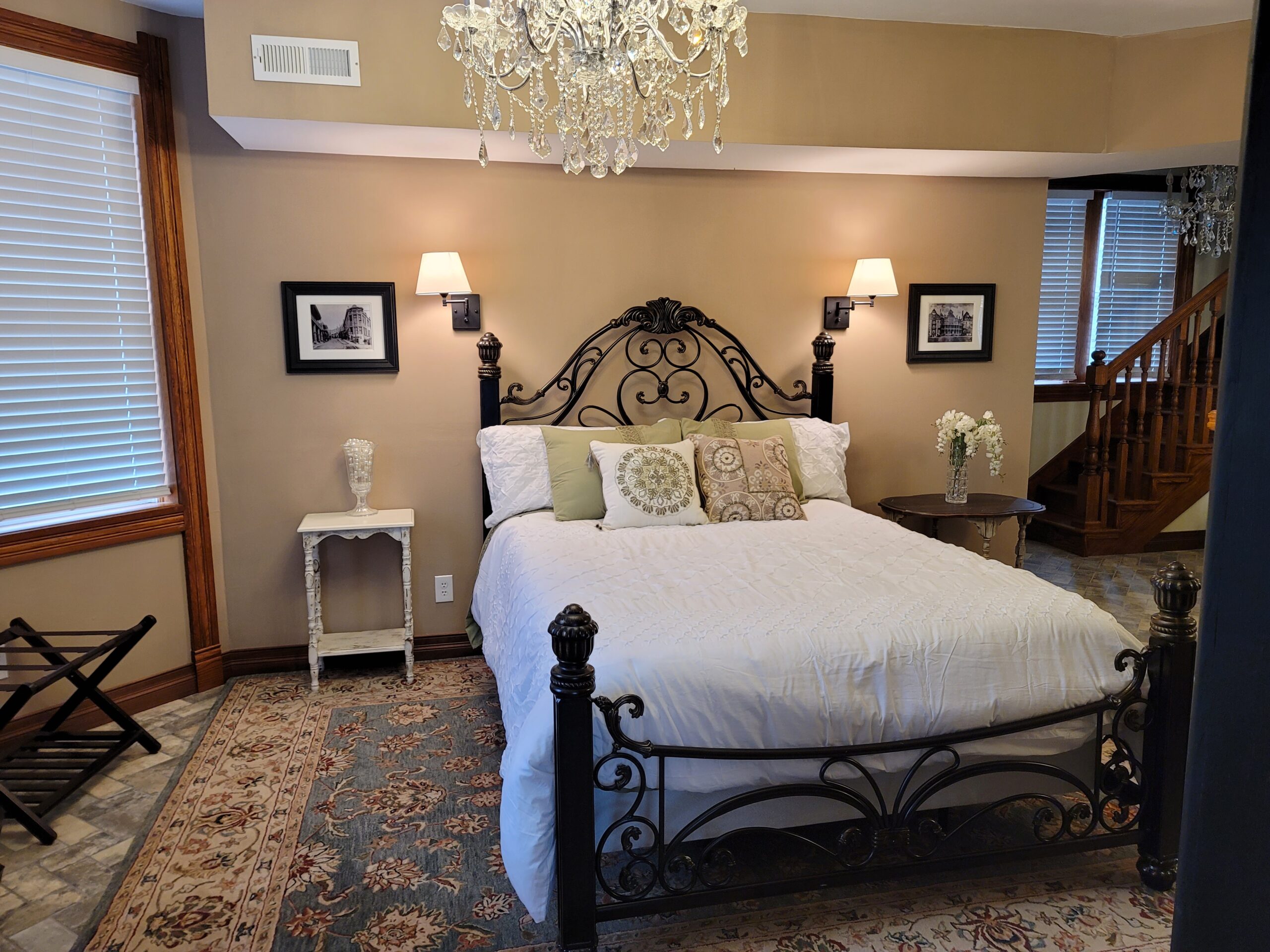 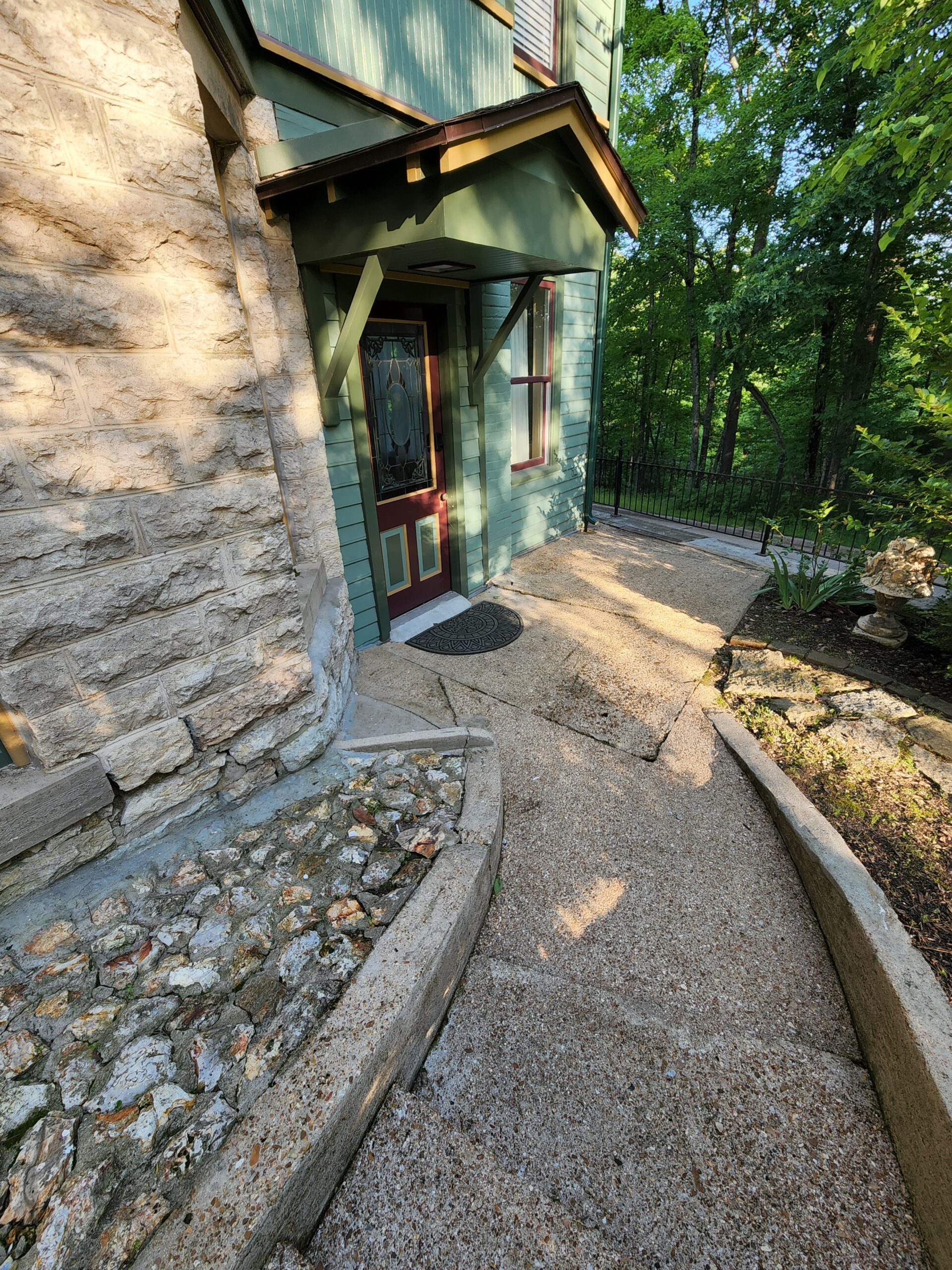 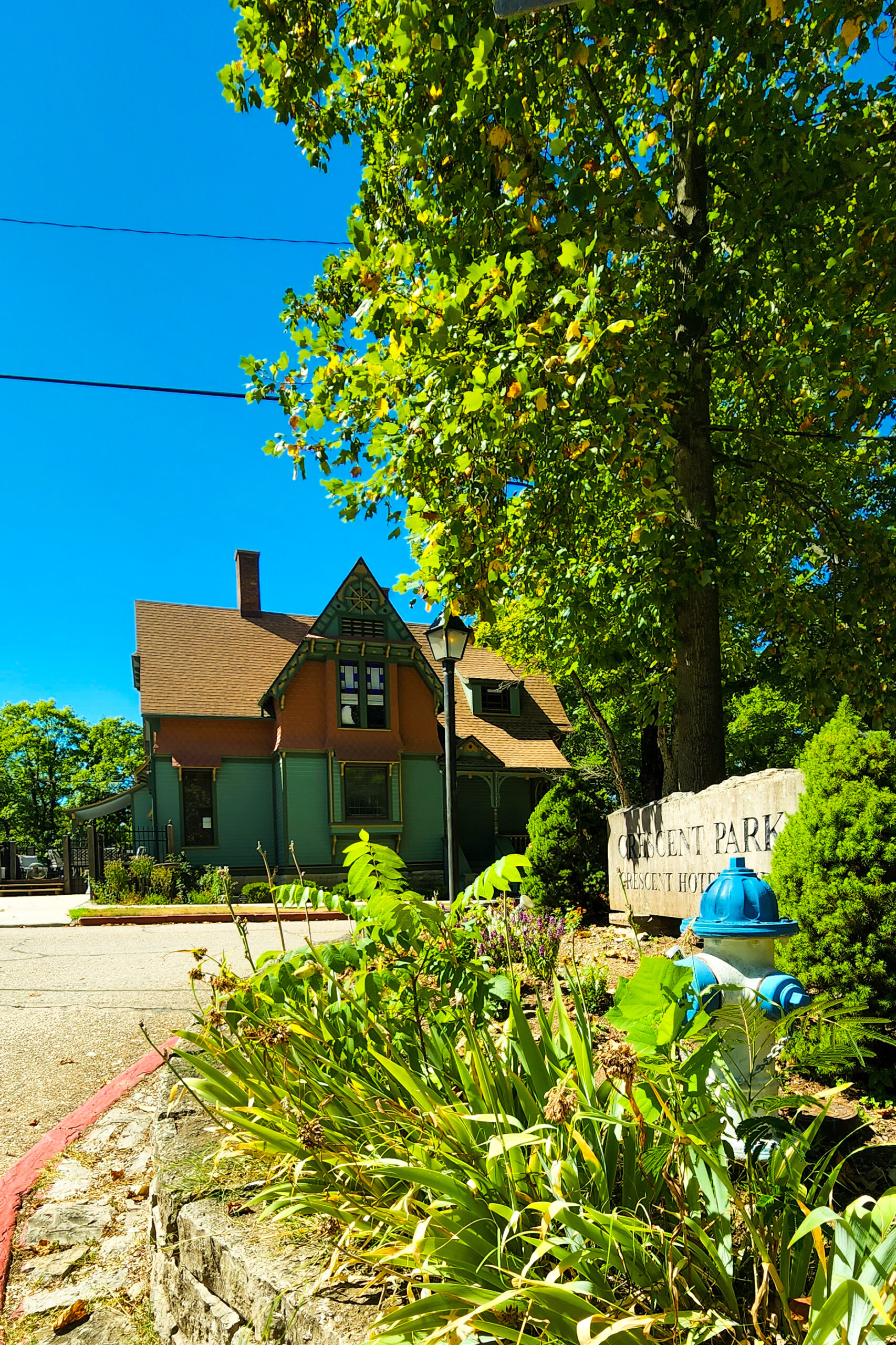 This stunning Ellis House, located at 44 Prospect Avenue and adjacent to the historic Crescent Hotel in Eureka Springs, Arkansas, was built by Colonel John Fremont Ellis. Dr. Ellis was educated in homeopathy at the finest universities in New York, Philadelphia, San Francisco and Chicago.  He was known as Dr. C.F. Ellis, the initial “C” replacing the name “John” to reflect  his post as a Colonel in the militia.  He was the son of a prominent manufacturer from Elkhart, Indiana.

Homeopathic medicine was wildly popular in the Victorian Era and there were few better places to practice than Eureka Springs, with its “magic curative waters”.  Even before the railway system was extended to serve Eureka Springs, visitors came from all over the United States to be cured of their diseases by bathing in, and drinking, the water that poured from the pure cold springs here.   Cases of cures for such serious maladies as kidney disease, cancer, and even blindness are attributed to the local spring water, so Dr. Ellis made an excellent choice in augmenting his practice here with the water in the springs.

The Ellis home boasts a variety of Victorian-era aspects with its lively exterior, multi-dimension cobalt-stained glass windows, distinctive siding, and Eastlake portico with compass design vergeboards. Victorian-era aficionados will be enthralled with this fine structure. Its splendor rivals any of its sister “Painted Lady” Victorian style homes. The term “Painted Lady” first came into use in San Francisco, California, to describe homes of the era that were painted with three or more colors. It was designed and built by the local Eureka Springs architect, W. H. Hammond.

Originally, the roof was painted blue slate with a body of light green. The shingle course of the upper body was painted terra cotta. The owners have restored the home to its original color and grandeur and have crafted the interior into a haven that will immediately transport you back to the Victorian era with its sweeping forest views and inviting interiors.

Dr. Ellis was instrumental in creating and securing a constant water supply for Eureka Springs and developed a waterworks that prevented the spread of colossal fires, like those that destroyed the town four times between 1882 and 1893. In addition to that accomplishment, and his private practice of over 40 years in Eureka Springs, he was the house physician during the Crescent Hotel heyday when the hotel could be accessed by invitation only, from 1886 until 1902. Ellis also served on the Advisory Board for Crescent College, the Board of Public Affairs, and the Library Board. He was an eloquent speaker and Toastmaster, often called upon to deliver important oration. He was a beloved resident and much admired for his forward thinking and skill as a physician.

Ellis was an owner of the Rosewater-Ellis building that originally housed the post office and later the local newspaper, The Daily Times-Echo, and the local bus and taxi company.  The building is located on the present site of the Rowdy Beaver restaurant on Spring Street in downtown Eureka Springs.

The Rosewater-Ellis building was destroyed by fire in March of 1931. When the fire broke out in the late evening of March 10, Ellis was at the building and attempted to save it by fighting the fire himself while waiting for the fire department to arrive. He was unsuccessful and the building burned to the ground. It was uninsured and a total loss valued at $50,000. Dr. Ellis died of heart failure as he watched his building be destroyed by fire. It was a dark day for the city as he was much loved in the community.  Dr. Ellis is buried in the local Eureka Springs cemetery, beside his wife, Wilma, who died in 1968.  Some say his ghost still appears at the Crescent Hotel.

Here nature paused, and then she wrought

On canvas vast, a wondrous thought

She piled the hills to mountain height-

And smiled from their far-reaching crest.

On vales below, in beauty dressed;

And in her sparkling waters pure

She placed her magic power to cure,

Then with a touch of perfect clime

She left the praise to man, and time.